Taco Bell Is Opening Their First Ever "Slide-Thru" 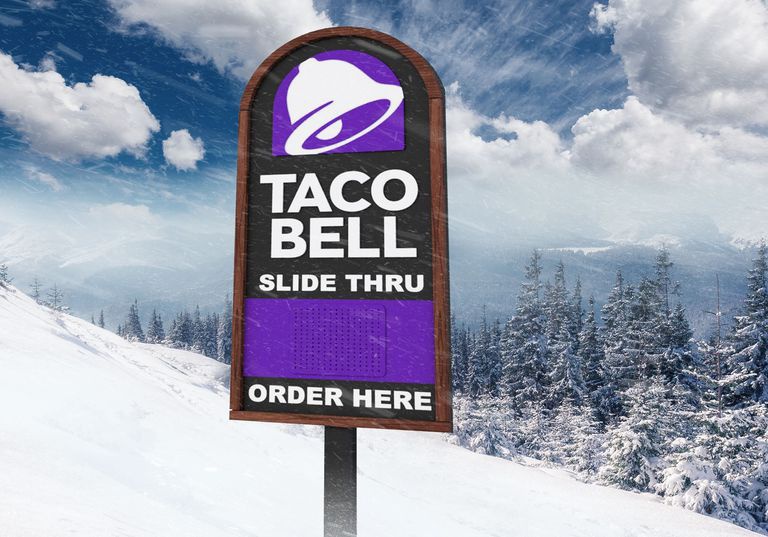 It's all in celebration of the returning Cheetos Crunchwrap Sliders!

If you've ever craved a Crunchwrap while on the slopes, now is your time. Taco Bell is opening “the world’s first slide-thru take-out window," so you'll soon be able to pickup your T-Bell favs on skis.

If you're desperate for the mountainside meal then you better get to Canada ASAP because the slide-thru will only be in operation for one day. On March 2, Ontario's Horseshoe Resort will host the event in promotion of Taco Bell's re-released Cheetos Crunchwrap Sliders. According to Bustle, skiers can "place their orders at the top of a tubing hill, slide down, and grab their Cheetos Crunchwrap Slider from a custom-built take-out window at the bottom" between 11:30 a.m. and 2:30 p.m that day. 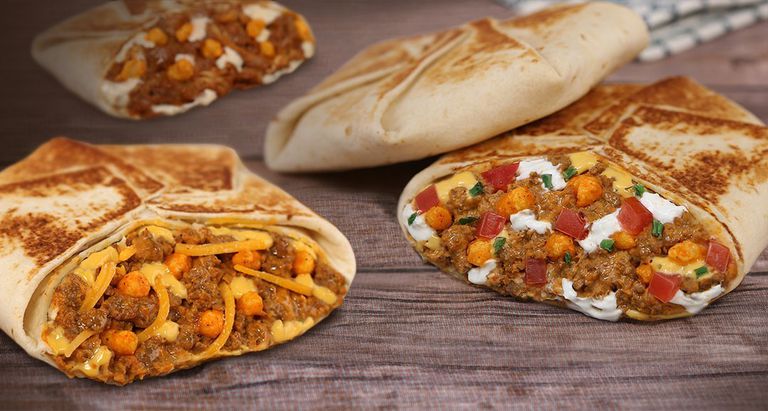 Taco Bell Canada's head of marketing Veronica Castillo said in a press release off-the-wall events like these are "an essential part of the what makes Taco Bell what it is...This fan-favorite deserves a celebration that's as audacious as the Crunchwrap itself, something wild and unexpected and has never been tried before," she continued.

Sadly for all of America, the sliders are still only available in Canada. But honestly, the Spicy Chicken, Beefy Cheddar, and Supreme flavor options feel like reason enough for a trip across the border. Better get those passports renewed, people!